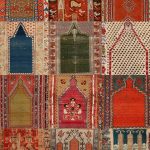 My love story with rugs began well before I decided to start dealing in them, which is fast approaching its thirty-fifth anniversary. I had always been attracted to great colour and, when I began looking at them more seriously, antique Turkish rugs became my very first obsession. It was an amazing coincidence that these were also the rugs I would sell the most, as it afforded me an opportunity to delve in them with even more conviction. I also soon discovered that, while archaically drawn, richly-colored Anatolian village rugs were much in demand, niche design or ‘prayer’ examples of similar, if not earlier, vintage were somehow ‘frowned upon,’ as if their more formal iconography belonged to an old-fashioned taste for ‘high art.’  By contrast, when I would delve into the very beginnings of rug literature, I would discover endless confessions of everlasting love and dedication to the magical power of the prayer rug.

Beginning with the 1916 publication entitled ‘Thirty-Six Antique Ghiordes Rugs – Collection of James F. Ballard,’ who was not short of adjectives in describing his choice pieces, to H. McCoy Jones and Ralph S. Yohe’s first ‘Turkish Rugs’ Textile Museum (TM) Show in 1968, where prayer rugs comprised almost half of the exhibits (with an even higher ratio in the 1972 TM presentation of the Rachel B. Stevens Collection). Interest continued on a steady rise, culminating in the TM 1974 ‘Prayer Rugs’ Exhibition, where Anatolian niche design rugs were shown alongside archetypal Indian, Persian, Caucasian, Turkoman, among others, with the Turkish examples outnumbering all of the others combined.

As I began collecting Anatolian prayer rugs, I started acquainting myself with their language, which varies greatly according to both the geographical areas of Turkey as well as to the individual whims of the weaver. Colour and pattern is arranged architecturally, perhaps with more structure compared to many contemporaneous Turkish rugs of other design formats. More often than not, I found that great care was taken in every small detail, beginning from the choice of exquisite wool to the planning of the niche shape and the colour distribution. The best examples rank in my opinion as important works of Islamic art, especially as these simultaneously perform their role as architectural frames of reference for praying as well as providing the viewer with a true window into the infinite. Female weavers from each period as well each region of Anatolia have distinguishing traits in their representation of the prayer rug. Within these we see countless interpretations of the theme, some emphasising its more practical aspect while others appearing to dive more into its spiritual domains. In all of these years I have had the chance to look at many rugs within this niche, examining some and acquiring only the ones I couldn’t be without. In this latter sense, the following ensemble represents a true private collection, one driven by pure passion and which elicited quite a serious investment in every respect. I feel as though I have been amply repaid for this commitment in that it has served as an indispensable and formative learning tool. Being surrounded by such superlative examples of colour and design has equipped my eye with exacting standards, providing me with the ideal bearings with which to navigate the universe of antique textile art.

This collection aspires to encompass the entire time spectrum of the Turkish prayer rug tradition. I also purposely included examples that would reveal, as much as possible, their magnificent variety. This ranges from pieces displaying an opulence inspired by the art of the Ottoman court to rugs imbued with the archaic iconography of the Anatolian village and tribal tradition. Just as these rugs facilitate the ritual of worship, the pleasure of owning them is ultimately a spiritual one—I trust that they will transmit joy and enlightenment to whomever will own them in the future.

Rugs from the Exhibition 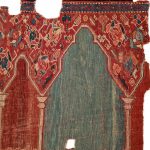 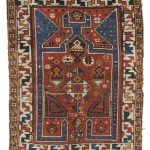 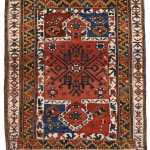 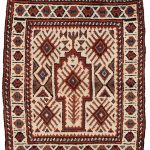 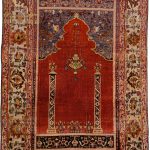 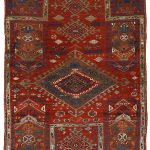 Rug with Opposing Niches in a Keyhole Niche Design 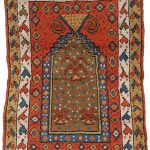 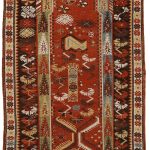 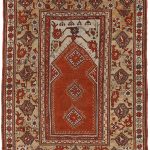 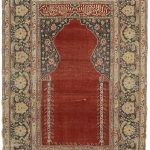 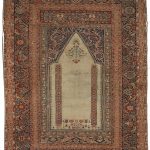 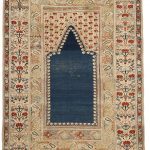 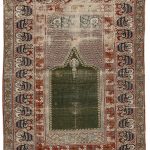 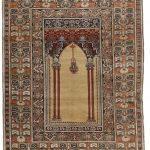 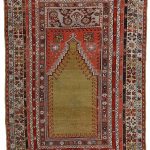 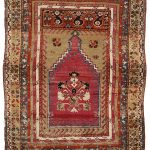 Rug with Carnations in Niche 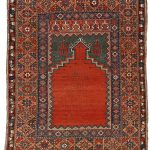 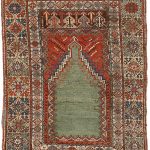 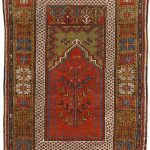 Rug with Flowering Tree in Niche 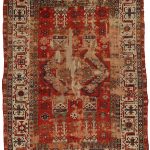 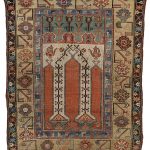 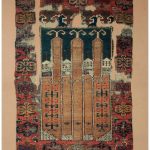 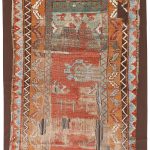 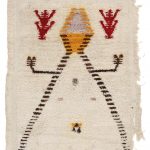 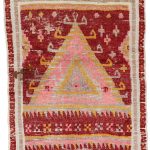 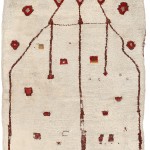 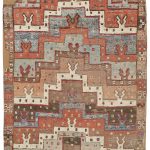 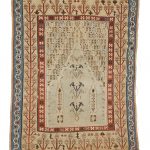 To receive access to prices and additional information, please choose from the following: