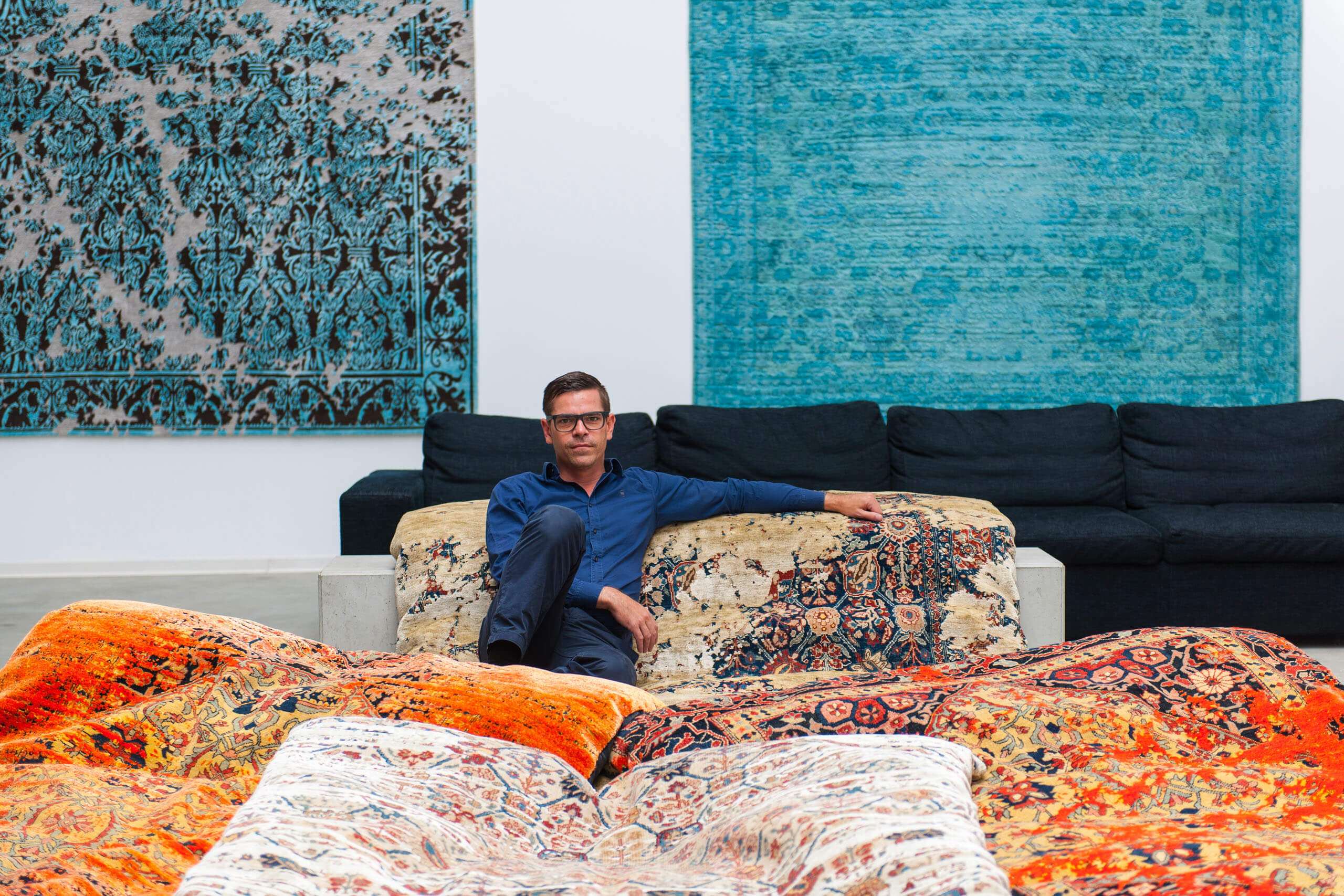 When in the Fall of 2002 I became acquainted with Jan Kath, then a young and very promising contemporary rug artist, I hadn’t realised that soon my career would take a very significant turn. We had been introduced by Ben Evans, who at the time was a senior editor at Hali Publications; soon thereafter Jan sent me a colour sample of his only collection in the form of a runner. I hung this striped and colourful piece on one of the walls in the gallery that happened to be near a rare and important antique Anatolian rug I was showing at the time. Up until then I was dealing strictly in antique rugs and textiles, although the contemporary rug scene was changing quickly with innovative textures and colourways and I could sense that soon they might provide an interesting alternative to antiques. Soon but not immediately, or so I thought.

Which is why I was quite surprised to see that most of the gallery visitors were mesmerized by the colour strip and paid comparatively less attention to the antique Anatolian masterpiece. They loved the colour combination and thought it was some kind of modern runner for the floor. When I explained that it was a colour sample and that they could choose their favourite colours and order it in their desired size, it seemed for them as though I’d opened the doors to a whole new universe. I had realised that times were changing. A new generation of buyers and taste-makers were defining the market and they were seeking a new aesthetic; gravitating away from traditional styles and embracing a more contemporary, minimalist look.

I soon decided to embark on a project with Jan Kath and organised our first show together, in April 2003, at my gallery, in conjunction with Milan Design Week. As it turned out, Contemporary Rug Art was a smashing media and business success. I learned quickly not to sell my sample rugs (a not so easy concept to grasp for a traditional rug dealer) so that I could sell that rug multiple times, in different sizes too. Soon I was able to understand the various permutations that are at the heart of the bespoke carpet.

It was also the first time a gallery that was known for antique textile art had crossed the river into the contemporary domain. I realised that it wasn’t impossible to deal in both antique and contemporary rugs, as long as there is an aesthetic thread that connects the two. As a matter of fact, I developed into a gallery where custom-made rugs are often complementary to the antiques.  Many of my colleagues were initially a bit confused about this choice, although most of them ended up somehow incorporating contemporary rugs into their collections.

Almost two decades later I feel that the time is ripe for a new collaboration with Jan. In the intervening years we had grown together, often inspiring each other. While I ventured in the many meanderings of contemporary weavings and became mostly driven by its wealth of textures, he began focusing on the myriad patterns offered by the antique rug tradition and translated these into the contemporary idiom by concealing parts of the designs with generous globs of luscious silk. Soon these combinations evolved into a proper and ever-expanding collection, called Erased Heritage, which in time became representative of a Neo-Baroque style that it often copied but never equalled.

It is therefore my pleasure and honour to show at Milan Design Week 2021, which will take place September 5-10, the latest innovations of Jan’s Erased Heritage collection, including a recently developed series dedicated to 17th and 18th-century French Savonnerie carpets. We will also host an outdoor installation with poufs and pillows constructed from Erased Heritage rugs. The dynamic interior design trio behind Paranà Studio will present an indoor concept, involving one of their custom-designed Totem lamps, in conversation with a selection of Jan Kath pieces from his other collections.

I really look forward to this event and to meeting those of you who will be there! 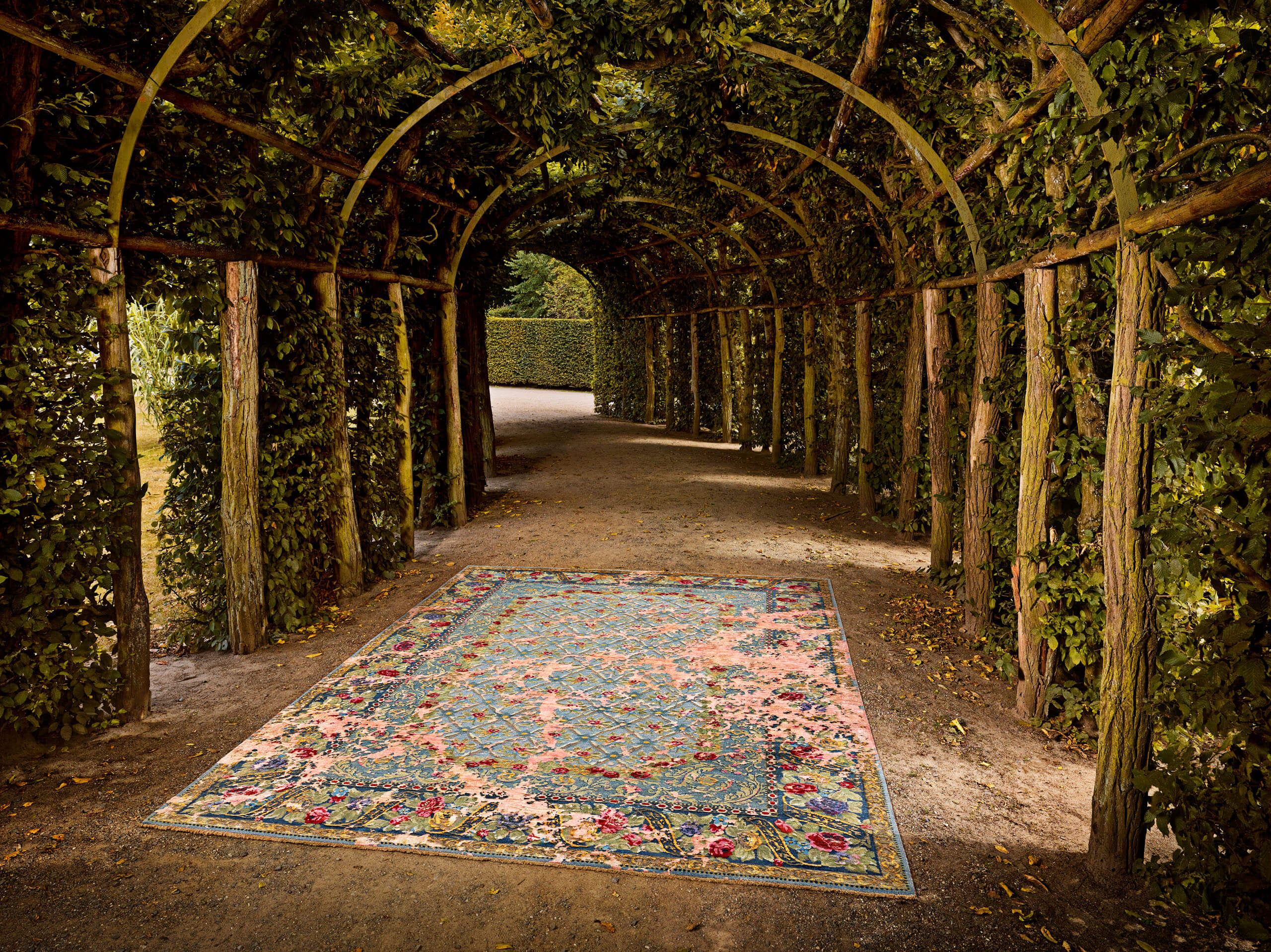 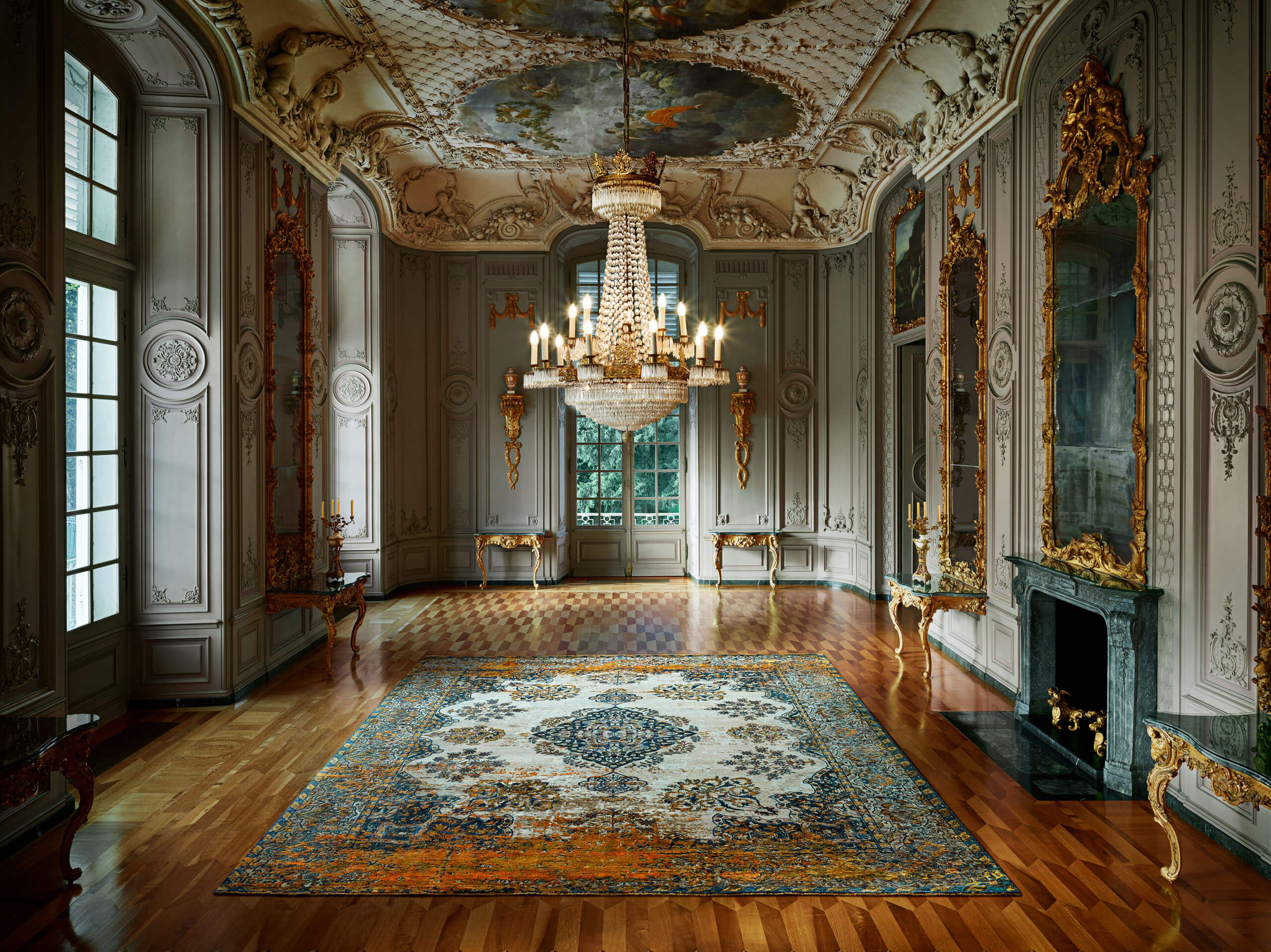 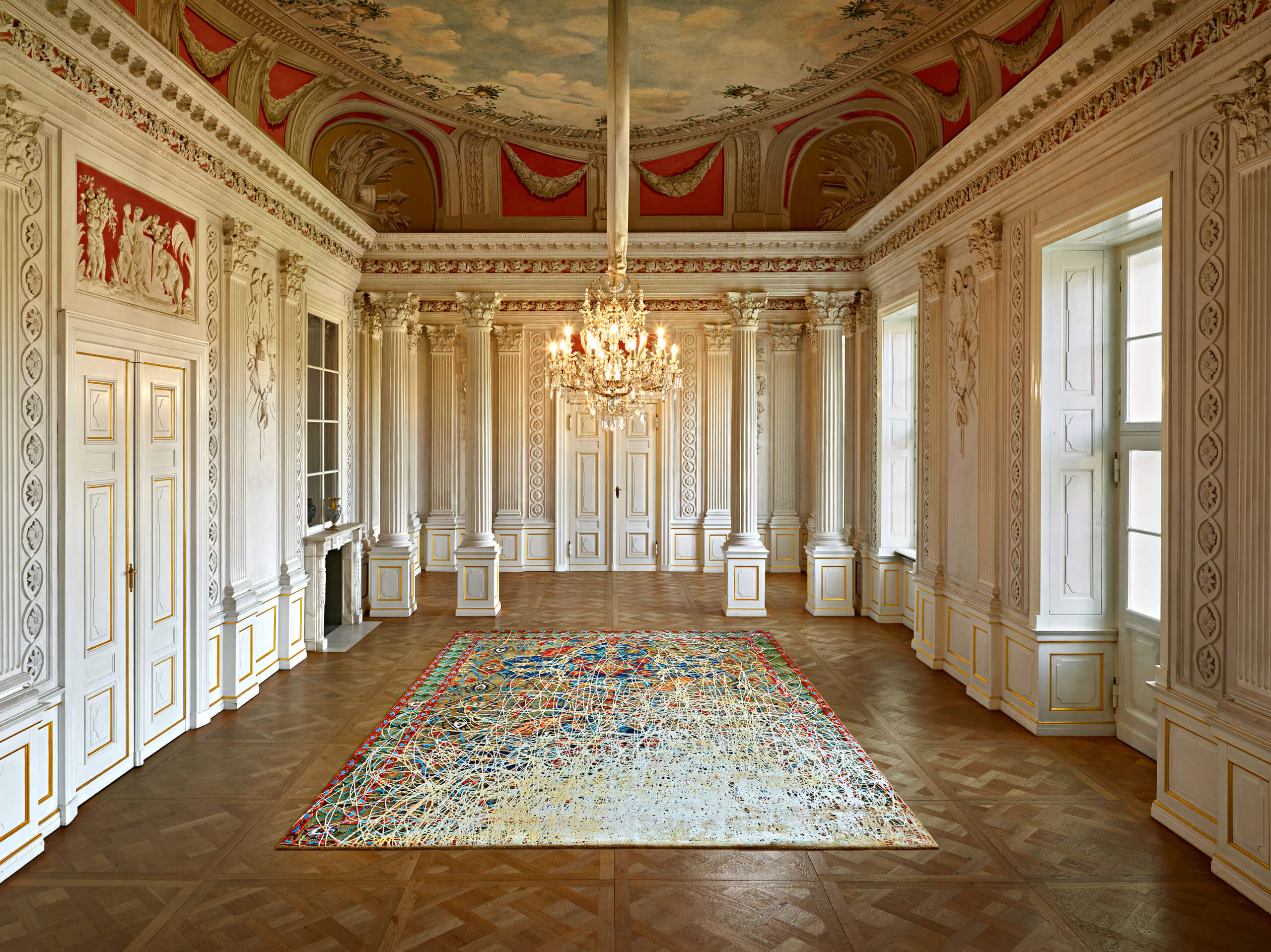 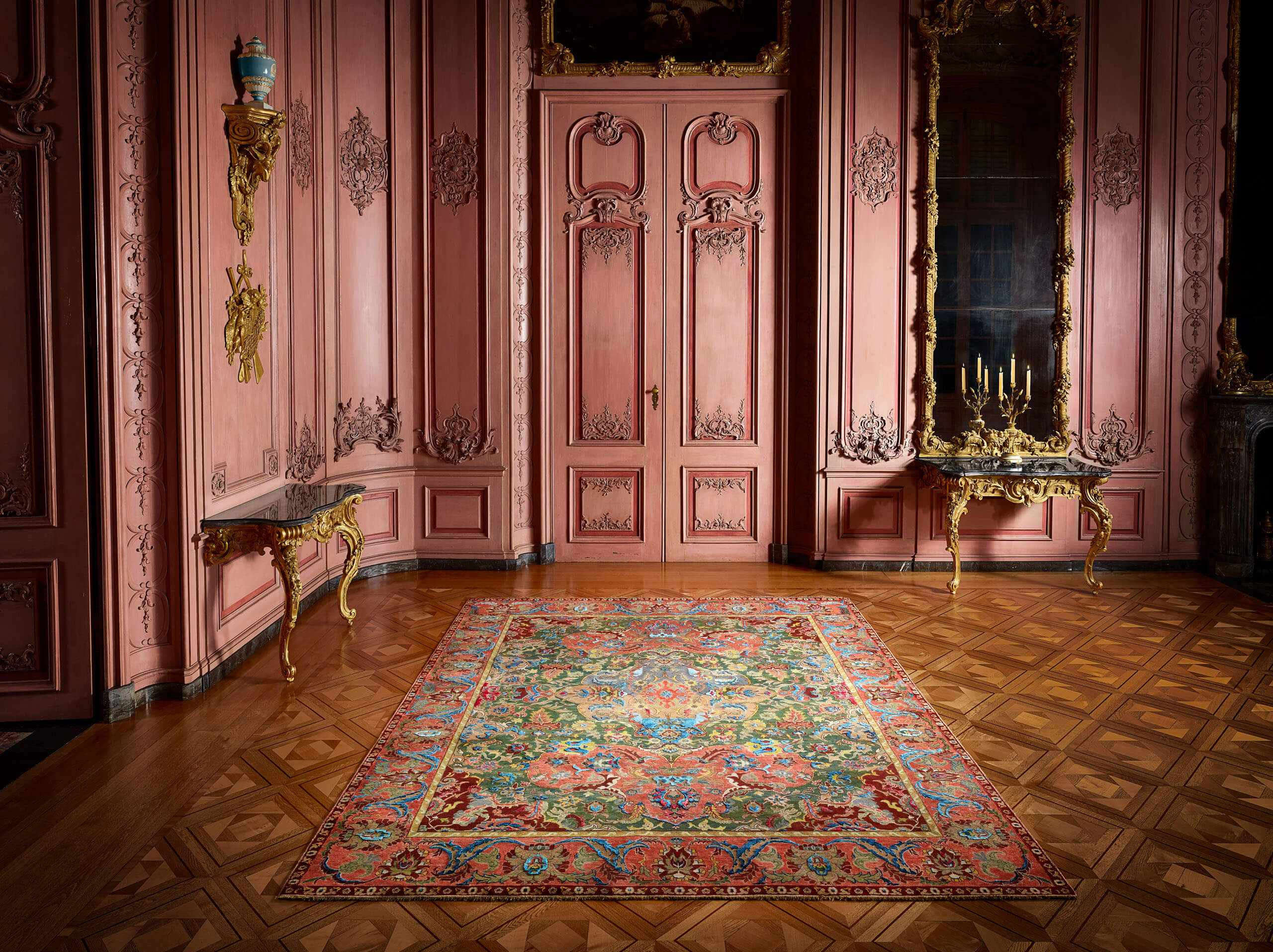 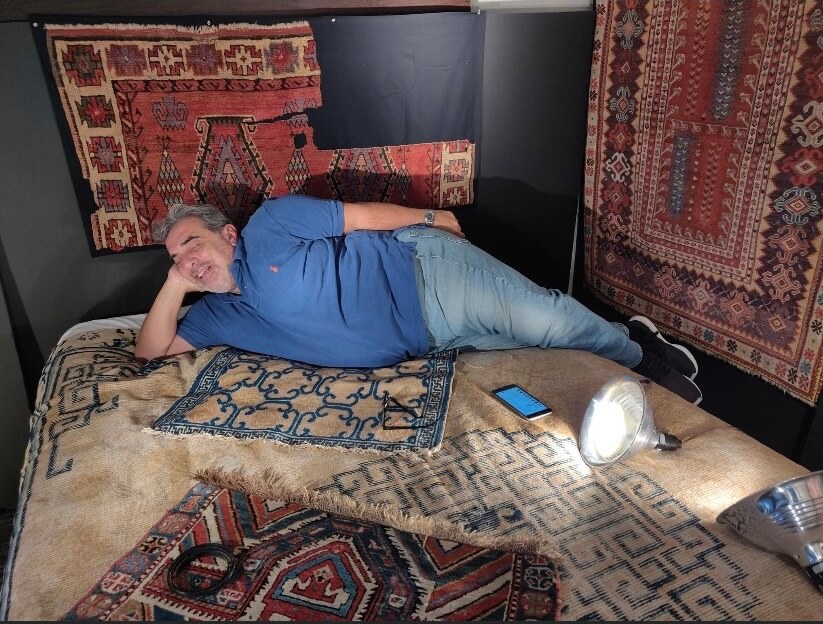 Sign up for the newsletter to receive an update on the world of contemporary and antique rugs, textiles and design. Be the first to know about our sales and exhibition.
Just start typing...